He spent his stimulus money on 30,000 masks for the homeless and others in need

The federal government has sent out direct payments to bring much-needed relief to millions of Americans reeling from the financial impact of the pandemic. Anyone below a certain income level — $75,000 for individuals and $150,000 for married couples — received a check for $1,200 last spring, and another round of $600 checks are being sent out now. But one criticism of the payments is that they are not targeting those who need help most. And not everyone needs the money. CNN Business heard from many readers who say that since they remain financially stable, they have chosen to use their stimulus payments to help those in need. And some, regardless of their own financial situation, say they feel a moral obligation to help others. Here’s how they’re paying it forward.

Buying masks for the homeless

Jeff Suchon of Highland Park, New Jersey, lives on a low fixed income and isn’t working due to health concerns. While the stimulus money could allow him to live with greater ease for a short while, he decided last spring he wanted to use it instead to buy masks for the homeless and indigent.

He’s gotten help distributing the masks through the soup kitchen Elijah’s Promise, homeless shelters, churches, and food pantries. “I live on fumes after buying the masks, but I feel good about it,” Suchon said. His reasoning: By providing one person with a mask he’s not only helping that person stay healthy but also the people that person comes in contact with.”We’re all in this together. I just want other people to replicate it. If I can do it, you can do it,” Suchon said. “Good begets good.”

Stephanie Woods-McKinney, who works for a union pension fund, feels very lucky that she has been able to work from her home in Bronx, New York, throughout the pandemic. 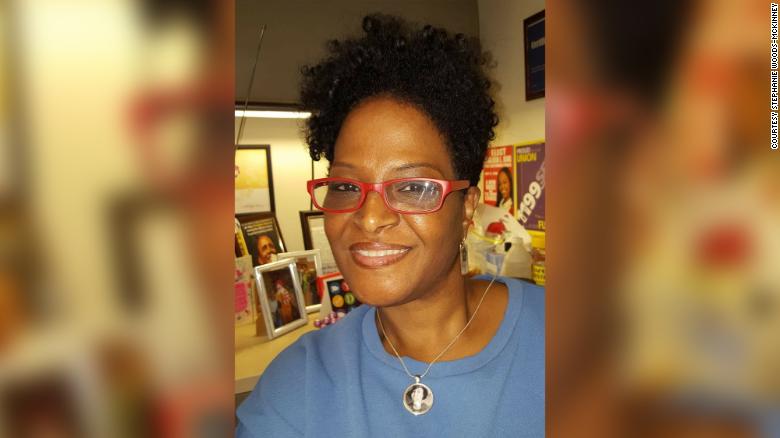 Stephanie Woods-McKinney said being able to help those in need has helped her. She has even managed to save more money as a result. Plus, she hasn’t had to pay her student loans since Congress approved an automatic deferral for borrowers due to the Covid crisis.

“I’ve been donating money because I’m still working,” Woods-McKinney said. “Being able to help those in need has mentally helped me.”One of Woods-McKinney’s charities of choice is 100 Suits for 100 Men. In normal times it provides business attire for underprivileged men and women searching for work. But during the pandemic the group has been, among other things, distributing food to seniors in homeless shelters, according to the group’s website.

Sheldon Joseph, who works at a credit union in the Seattle area, decided to take advantage of his employer’s three-for-one match when he donated his stimulus checks to a local food bank and the Lavender Rights Project, which provides legal and other services for low-income people in the LGBTQ community. Working at a credit union, Joseph says, has made him all too aware of the fact that a large number of people don’t have enough in emergency savings. Since he feels financially stable right now, he said, he felt his stimulus money should be put to good use. “It’s my responsibility to donate it and get it out into the community to those who need it,” Joseph said.

Carolyn Alonzo, who owns a Fetch! Pet Care franchise in Chicago, has seen her business take a huge hit during the pandemic. And to make matters worse, two of her dogs died. 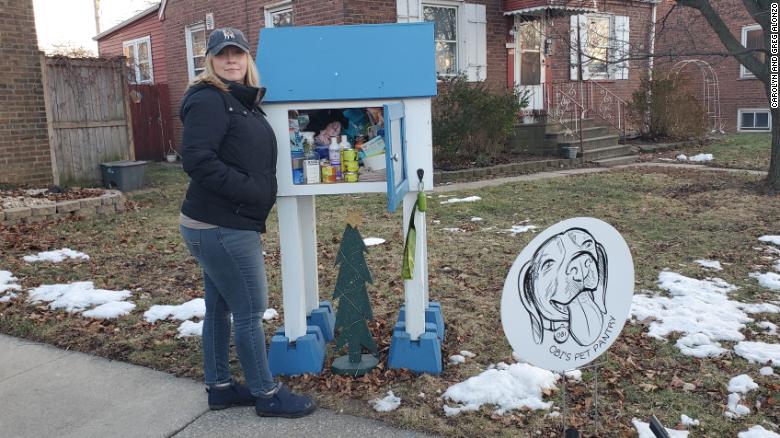 She keeps it stocked with food, blankets, collars, shampoo, and other pet supplies in part with her stimulus money and with the donations the pantry receives.”It’s available for people in need, no questions asked, and all of the items are free,” Alonzo said. “I feel like I’m serving a purpose and if it wasn’t for this, I don’t know what I’d be doing right now.”

Bryan Kendall and his wife, Sally, live in Waterloo, Illinois, not far from St. Louis. They’re both retired and volunteer at a local animal shelter. They used their last stimulus check and will use their current one largely to give money to the hourly workers at the shelter. 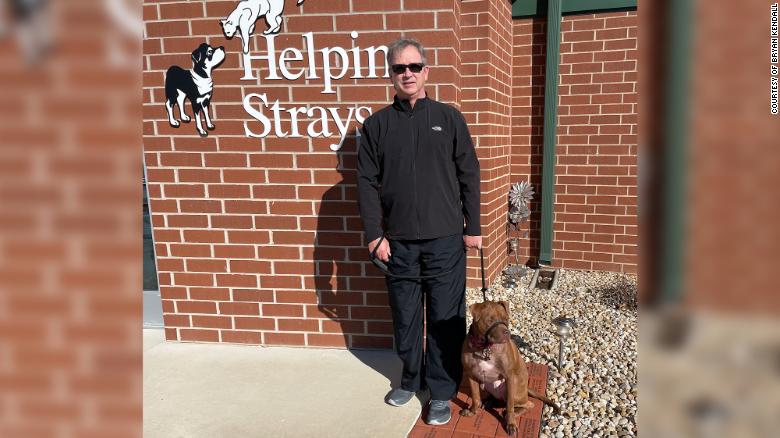 Bryan Kendall used some of his stimulus money to help staff at the animal shelter where he and his wife volunteer. Kendall, who worked as an electrician, is happy to have a secure retirement thanks to a pension and have always lived within their means. But he said he and his wife both “came from nothing” and know what it’s like to struggle. “My whole career was working by the hour. If I didn’t work, I didn’t get paid. And the minimum wage doesn’t go very far,” Kendall said.

Matthew Pierce grew up in a low-income household and knows what it’s like to not have enough money for the basics. 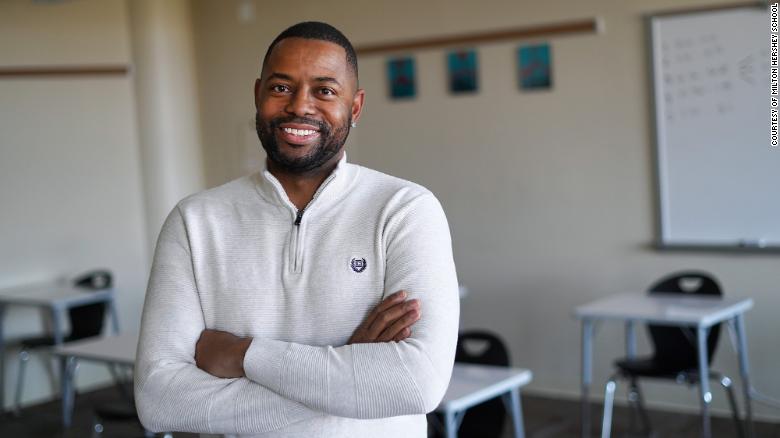 Teacher Matthew Pierce wanted to solve at least one day’s worth of problems for his underprivileged students. Now that he’s a teacher at the Milton Hershey School in Hershey, Pennsylvania, which provides free education and on-campus housing for low-income kids, he is eager to help his students whenever he can. That’s why Pierce chose to use his stimulus payments to buy Uber Eats gift cards for many students and their families.” This one is personal for me. Having been in need … I know what would solve one day’s worth of problems,” he said. And as every good teacher knows, it’s important to set a good example for kids. “We have to model good civics. It’s not something we’re born with,” Pierce said. “We need to give back in times of need.”